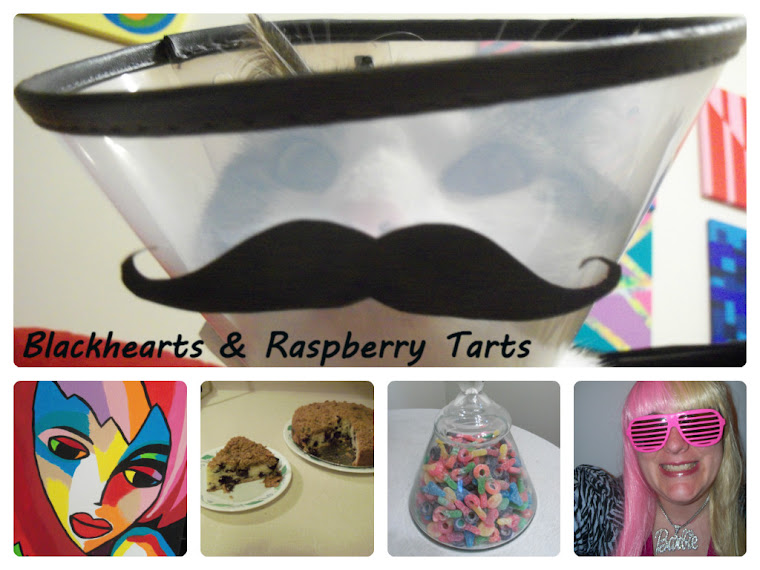 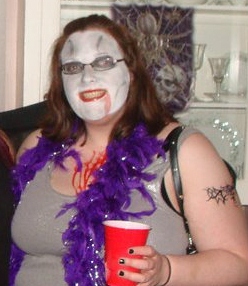 Me as a zombie stripper, Halloween 2010
Thankskilling (2009)
Okay, it may seem as though I've got a lot of non-human killers on here, but so often that's all it takes to make a movie cheesy. This movie features a murderous, talking turkey. It doesn't matter if the movie is Schindler's List (1993). If Oskar Schindler had been played by a talking turkey instead of Liam Neeson, we'd have cheese. Spray cheese, even. The turkey is hilarious. Like The Gingerdead Man (2005), there are just so many wonderful, cheesy lines. And boobs in the first second of the film- you know, in case they forgot to put some boobs later in the film. Sadly, this wonderful film is not a part of my DVD collection yet, but my birthday is coming up in May!
I suggest you print out a copy of this list and head out to your local store to purchase copies of these DVDs. No, wait. There's a very good chance that you won't find any of these films available locally on DVD. Try Amazon or eBay. Check local pawnshops and the like that sell used DVDs. Watch a few and let me know what you think of my suggestions. Or maybe you've already seen some of these, so feel free to comment with some suggestions. I'm always interested in hearing about cheesy horror films I may have missed out on!

© Katie Jolicoeur and Blackhearts & Raspberry Tarts, 2013. Unauthorized use and/or duplication of this material, written or visual, without express and written permission from this blog’s author and/or owner is strictly prohibited. Excerpts and links may be used, provided that full and clear credit is given to Katie Jolicoeur and Blackhearts & Raspberry Tarts with appropriate and specific direction to the original content.
Posted by Katie at 18:04